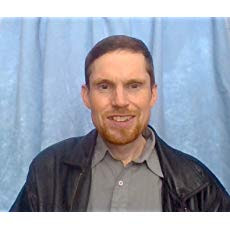 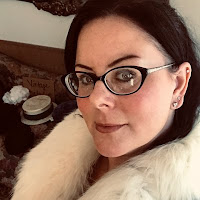 Helloooo Thomas!
Question number 1:
You are not only a prolific writer (over 100 pieces),
but a longtime gamer.
What kind of gaming do you like the most?

Fact to face role-playing with dice and hard copy rules. My favorite systems are Shadowrun Second Edition, Top Secret S/I and AD&D -- also second edition. I guess those are considered "retro." In an awesome Shadowrun game right now.
Where did you find players?

It all comes back to writing. I taught an adult ed. writing class, and one of the participants was in a game with a guy who gamed with me at a convention 20-30 years ago. I joined the game. They're awesome people.
How wonderful to have such a connection!
Ok, next question:
Your writing spans a spectrum of topics. You’ve written fiction, with a sort of whimsical sound — all the way to educational and historical texts.
What is your favorite kind of thing to write?

Novels. Without a doubt. They allow me to get into characters' feelings. Also,as my current series goes on, my character Mara is going to become increasingly involved in the large-scale politics of her world. I think I'm going to be able to get more of what I've gleaned about real-life diplomacy and warfare into this story than I could get into an academic book.

That's right. BTW -- the novel where she's in her 40s isn't out yet. Hoping to release it at the beginning of next summer. The current novel -- The Witches of Crannock Dale -- features Mara as a little girl.
I love the idea of seeing her through a span of life! Too cool!
Okay, last one:
From England to the woods of Maine. If you had to pick one or the other for life, which would it be?

Hey, I appreciate your kind words about seeing Mara through her span of life! Maine's woods and mountains are practically a part of me. When I lived in other places, I looked for them everywhere and never found them. I am in a good place now in every way and I have good friends in this area, so a direct answer to your question is that I have picked Maine for life, and it is a good choice for me.

If that was the last one -- thanks again! I've enjoyed doing this, you've asked some thought-provoking questions, and I look forward to seeing the final interview. If you have more questions or if there is anything else I can do -- you know where to find me!
Thank you for your time, Thomas!
STANDARD TWEEP TATTLER INTERVIEW:

Deep in the woods of Maine.


2) What is the first thing you remember writing?

Crayon-illustrated adventure stories featuring -- as I then put it -- civilized dinosaurs.

Here and there throughout life, I think all of us have moments that seem special to us. Often, they give us insights into how important things work. I'm trying to communicate about some of mine.

4) Have you published any of your work?

Yes. I've published 19 book-length supplements for role-playing games, eight scholarly books on international politics and around 100 shorter pieces. Happy to discuss in more detail if anyone is interested!


5) What are you currently writing?

I'm working on Book Three of my fantasy series Mara of the League. This series follows the life of my character Mara Bennett in a world where two powerful countries are drawing closer to war. Readers meet Mara in Book One as a smart, introspective eleven-year old trying to save her aunt from witch-hunters. Book Two covers her experiences in boarding school and early adulthood, as she searches for a vanished friend. By the beginning of the third book, she is in her late forties and caught up in a conspiracy involving some of the most powerful people in her land.

I'm also working on another non-fiction book about the grand strategy of contemporary China.


6) Are you currently querying?


7) Finish this sentence (three lines or less):
IT WAS A DARK AND STORMY NIGHT…

Since the power didn't go out, it was sort of cool.

I really enjoy the Twitter writing community, and I am honored to be a part of it. I really appreciate the fact that so many people are having real conversations about interesting and important things. Also appreciate the fact that most people are so supportive. My approach to participating is informal -- I respond to interesting tweets and share news of my own.I am also grateful to the people who have helped me me on Twitter, so I make time to continue the tradition by giving other people lifts and retweets.

9) Do you have any formal training/education for writing?

I included writing as part of my major at undergraduate level. I also got a PhD in what Americans call political science, and I approach that field primarily as writer.


10) Do the people in your life know that you write?


11) Tell me about the people in your life. Family? Pets?

I have three sisters and a huge found family of friends. I'm a gamer, and I've met a lot of amazing people that way. No pets at the moment, but there are plenty of wild animals outside my windows. I have had some memorable cats in my life.


12) Where do you wish your writing to take you?

My biggest goal at this point is to share my stories! Obviously, I'd like to do it as widely as possible.


13) What did you expect when you joined the Twitter writing community? Did it turn out as expected?

I was new to social media when I joined. I didn't know what to expect. As noted above, I am really happy with what I found.

In my kitchen. I carry my laptop and a card table around to different spots depending on where the sun is and whether I want to be close to the heater.


15) How much time do you dedicate to writing, weekly?

At this point in my life, virtually everything I do is connected to writing one way or another. I draft and edit for about 30 hours a week.

I would like to say so, but it is a fact that most of the things I feel I do well intersect with writing at some point.

I am honored whenever anyone feels that I can give them useful advice. If anyone has questions for me, I will certainly try to answer. 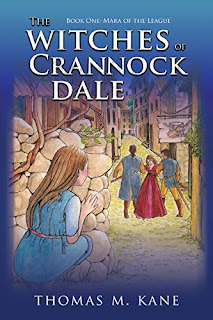 Thomas M. Kane grew up in the woods of Maine. After a few years writing  supplements for role-playing games, he became a lecturer in international politics at Britain's University of Hull. As an academic, he traveled on three continents, researched the commercial use of outer space, observed tank maneuvers at the US Army's National Training Center and gave guest lectures at the Advanced Command and Staff College of the British armed forces. He has now returned to Maine, and to writing.

INTRODUCING CHRIS SLOAN Hello Chris! We’re dealing with a time difference so no hurry to respond. First question: Your first book sounds so... 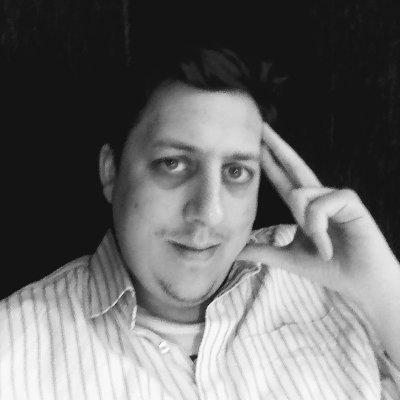